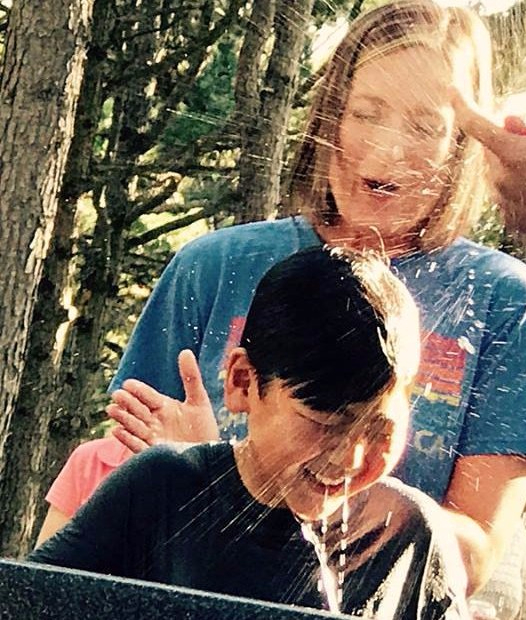 Last night I watched my son get baptized.

It capped off a week of what we are calling a “renewal week” for us.

He had told us that morning that he wanted to be baptized at our church’s event that night, but it wasn’t until I watched him go under the water and back up with his huge grin that I realized just how extra special this week has been for us.

Last weekend marked the 16th year that we have had people to our house for what has become an annual Labor Day Weekend event.

It started back the first year we were married with some of our college friends.  Over the years, friends of friends began coming, new friendships were made, and some old ones have since faded out.

(I remember the first 7 or 8 years there was always someone new staying the weekend at our house that I had never met before… some of them have become really good friends over the years.)

The weekend has changed over the years.

Things like kids and distances have made it harder for some people to come every year. 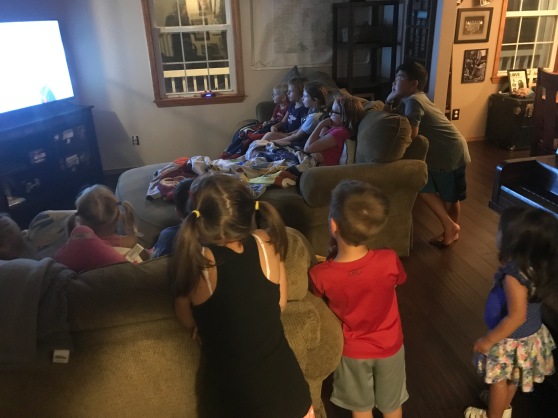 Then there is also the issue that as you get older, there are only so many beds and couches to sleep on and when you hit the mid and upper 30s, you don’t get off the floor as easily as you did when you were in your 20s. So we have creative sleeping like hammocks and air mattresses and tent camping in the yard.

Yet still the weekend has carried on.

Over the Labor Day Weekend, many of these friends just move into our house…

And we love it.

When you live together in a house, everyone has their own roles they take up.

Over the years we have had…

In our relationships, people play different roles, too.

And we need relationships that fill a variety of roles in our lives. 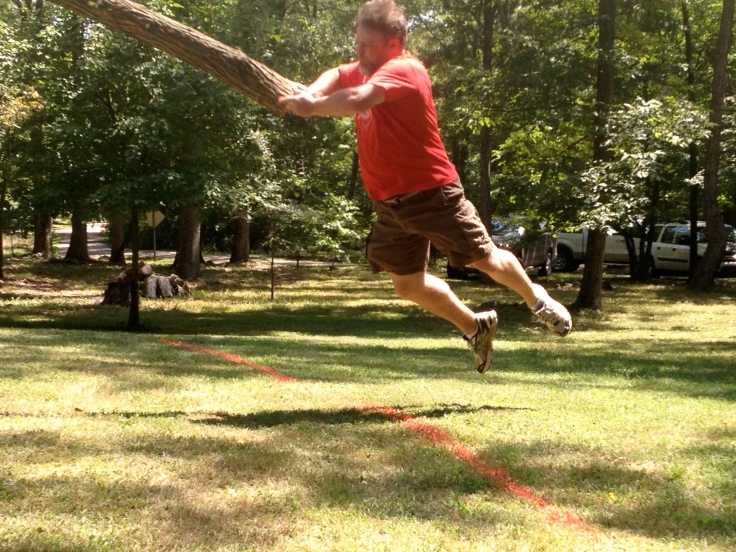 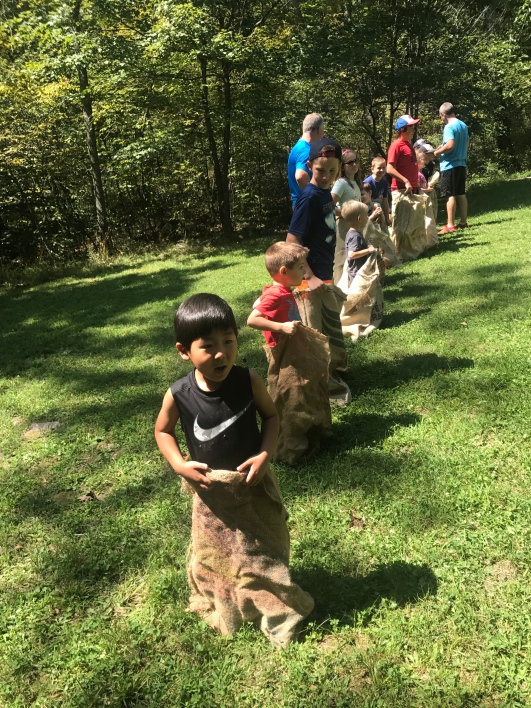 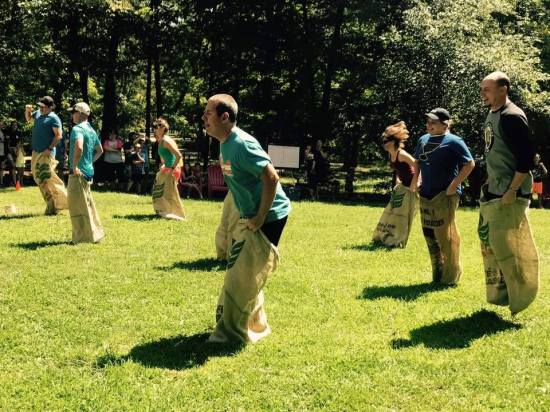 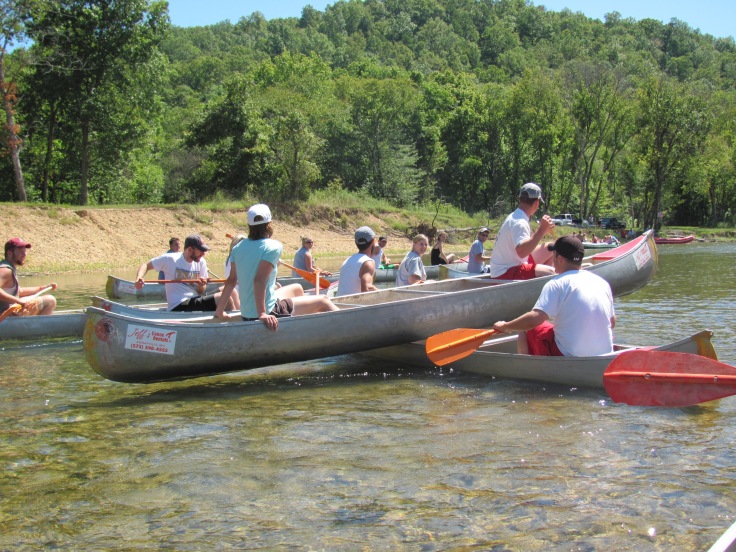 Labor Day weekend is filled with washers, kubb, and wiffleball…
Campfires, relay races and we end the weekend with a float trip for those who remain.

But really? There isn’t much to the weekend in all reality.

The weekend is really just a group of people (who enjoy each other) getting together.

As a result, these relationships are built and grown… simply by making time to be together.

Because it’s in simply being intentional about committing time for doing stuff together that begins to make your relationships stronger.

I believe that the relationships we have are key to our happiness, fulfillment, and joy in life.

I believe we are called into and created for community with others.

My friend says it best when he says, “you can stink at lots of things, but whatever you do, don’t stink at relationships.”

When I think of relationships in my life that have struggled or relationships I have had that are weak, it often goes back to the issue of time.  We just didn’t make time to be together.

Sometimes our relationships need to be renewed in other ways, too.

A renewal can be defined as, “the replacing or repairing of something that is worn out, run-down, or broken.”

This is really hard work to do, but it is so important. 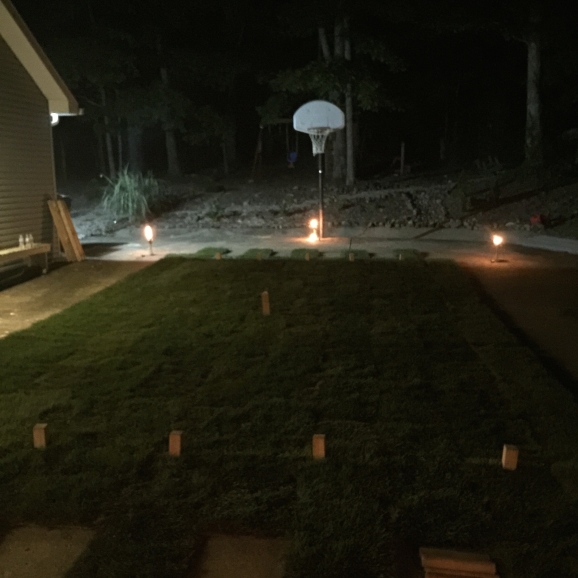 Every year for the first 15 years, when Labor Day Weekend was over, I felt a sense of emptiness.

It was an emptiness that many of the relationships I love and that meant so much to me would probably not get the time they needed over the rest of the year.  It meant some of the roles that these friends filled for me would be empty again as I might not see some of them until the next year.

This year, however, it was different.

Instead of feeling the emptiness of what I was losing for the rest of the year, I realized I was filled because of what the people and the weekend give me…

I’ve always felt this weekend was so important but couldn’t explain why into words… I just felt it inside.

the purpose this weekend has always served is a reconnection to relationships that are a huge part of my life… Time and space that is set aside for renewal of these relationships.

And this was the best Labor Day Weekend yet.

A renewal can also be defined as “an instance of resuming an activity or state after an interruption.”

The time we intentionally make each year to get together is a renewing of those relationships.

After Knox was finished getting dunked under the water, he said:

“Today was so great.  I feel so good, Mom.  I feel so new… not like baby new, but new like good… Is there a limit to how many times you can do this?”

I think he’s on to something. This feeling of “new.” Because I think it’s how the whole thing works… this restoration and bringing new forward that we’re all a part of….

Being part of renewing something is being part of the work God has been doing in the world for a really long time.

If we choose to get better at something in our lives—which we all should—I think we should get better at renewing those relationships that are most important and meaningful to us.